Close Encounters of the Unfinished Kind

In the sewing world, U.F.O's are not strange lights in the night sky. They are UnFinished Objects and they lurk shamefully in some hidden corner of every serious sewing room. I'm not talking about Works In Progress (WIPs) -- those are things still visible around the room that are worked on periodically, if not physically, then mentally (as in, "I'll finish that tomorrow!"). WIP's still have hope. UFOs, not so much.

Let me introduce you to my Log Cabin Quilt. It's made almost entirely of scraps (except for the backing and binding fabric), gleaned mostly from baby-clothes-making-days which gives you some indication of its vintage. 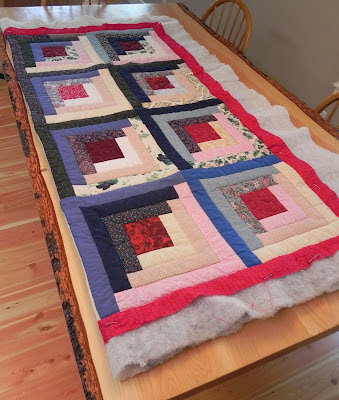 I really like this simple pattern -- the strips around the square represent the logs of the cabin and the square piece in the centre is the hearth of the home. That's why it's often red, as in my quilt. 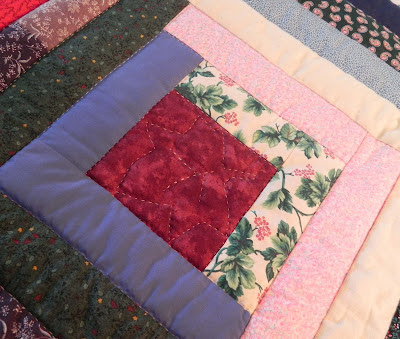 So why did I abandon it? The reason was quite simple; I just didn't know how to finish it. That is until I discovered this tutorial (thanks to a posting by my cousin on Pinterest) and voila! Done in a day! 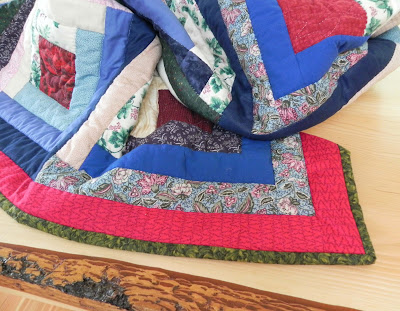 (Well, not exactly as there's a fair bit of blind stitching still to be done but I can "finish that tomorrow!")