dogs, willows and a canoe

Easter weekend was a good chance to tick off a few "must do's" at the cabin. The dogs got down to some serious playtime as they don't see each other very often -- we actually considered the name "Blur" at one point before getting Barley. It would have been appropriate. 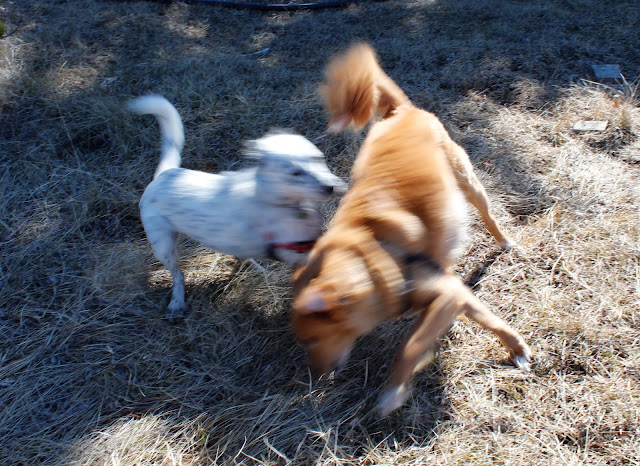 Restoration Biologist Son (and My Guy) got to work on a shoreline preservation project -- a brilliant use of living materials to help prevent the erosion that happens with the rise and fall of our dammed lake (as in there is a dam, not it's a damned lake). 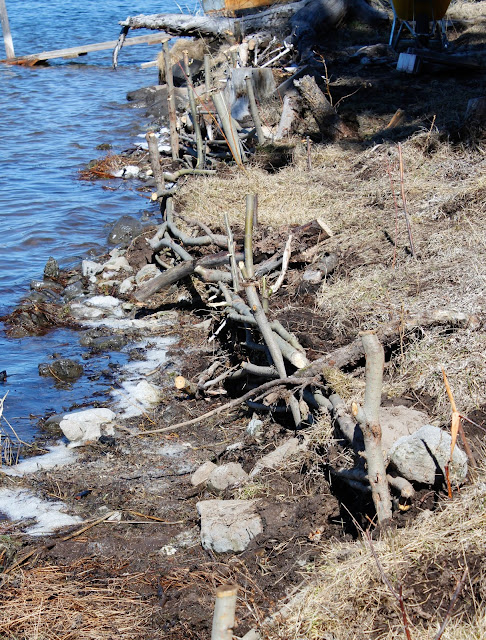 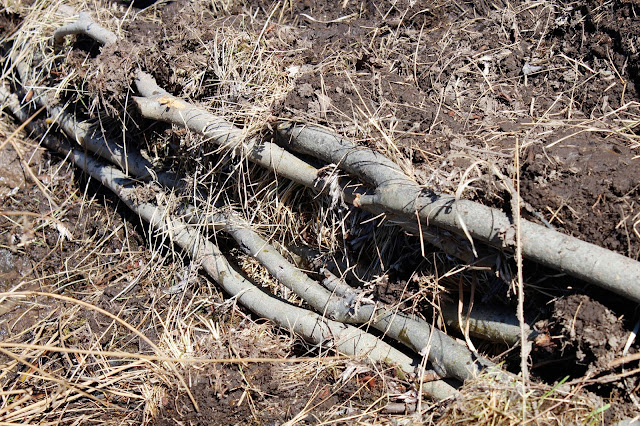 It may look like dirt and twigs now, but it was a beast to build and soon it will be a growing, living thing. I'll post updates later!

And it was a good time to introduce Barley to the canoe! This is an important family skill for him to learn. He did great -- though he was more enthusiastic about getting out than he was about getting in! 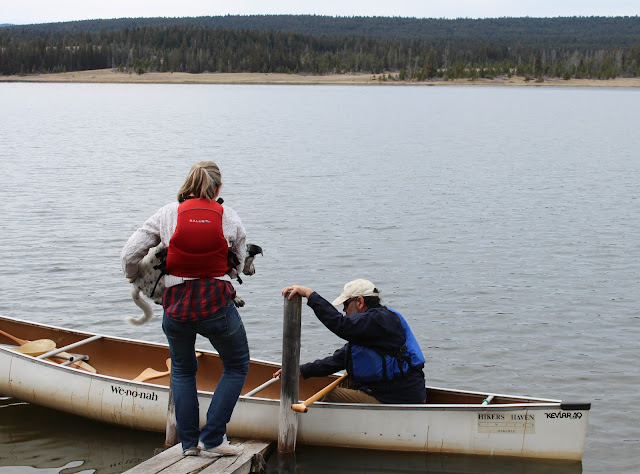 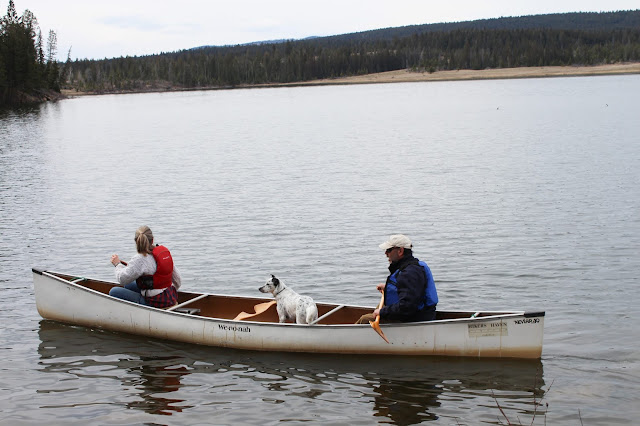 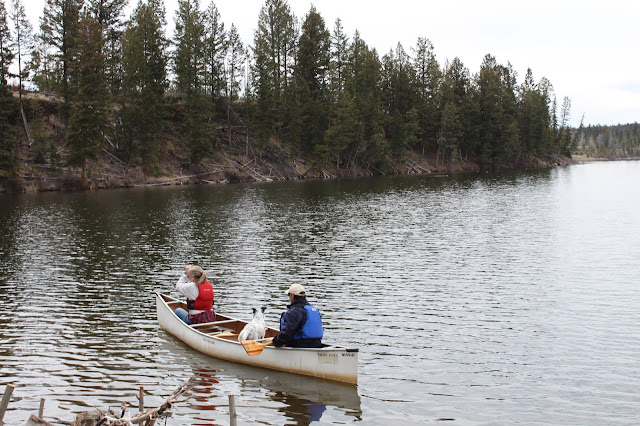 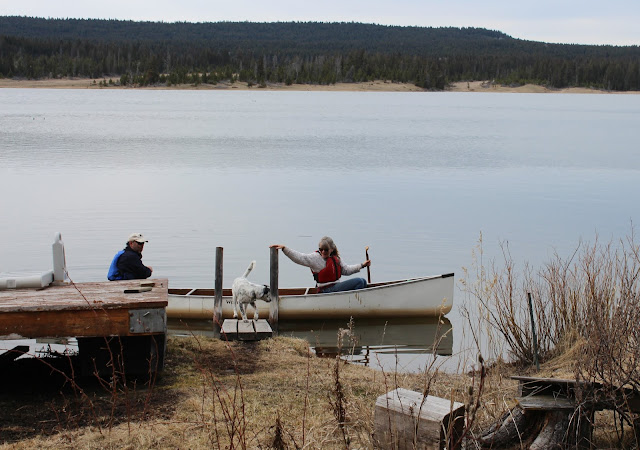 Photo cred goes to my Adventurous Aunt who came with us for the weekend and generously gave up her spot in the canoe so the dog could give it a try.
Labels: barley cabin excellent things the one in the middle