when you eat your veggies do you eat the uglies first?

For the most part, "the harvest" is in. Meaning things have either been eaten, or pulled for storage, or killed by frost, or demolished by deer. There are a few hardy greens out there still, but mostly we've entered the second season of farming (there are only two) -- the one where we prep and plan for the following growing year. This includes planting some hardy stuff like garlic and flower bulbs and these Haskap berry bushes! 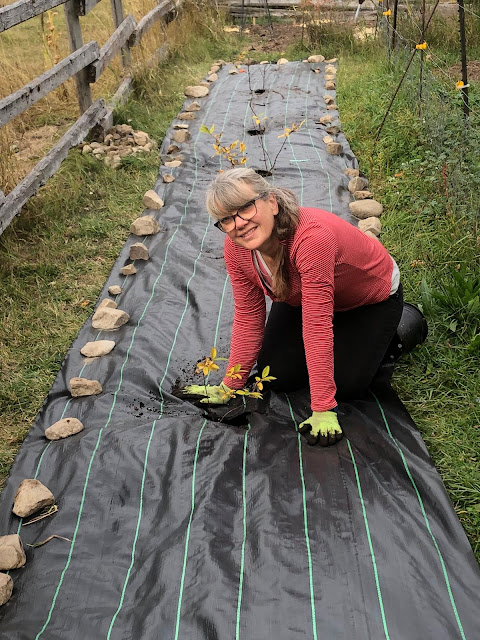 Here's how the harvest for storage numbers have rolled in for this first season:

Admittedly it isn't all pretty -- real vegetables, organically grown, sometimes aren't. But we eat the uglies. In fact, we eat them first because I suspect they won't store as well -- they have blemishes or strange shapes that can trap dirt and moisture. I'm seriously thinking of making pants for some of those carrots. 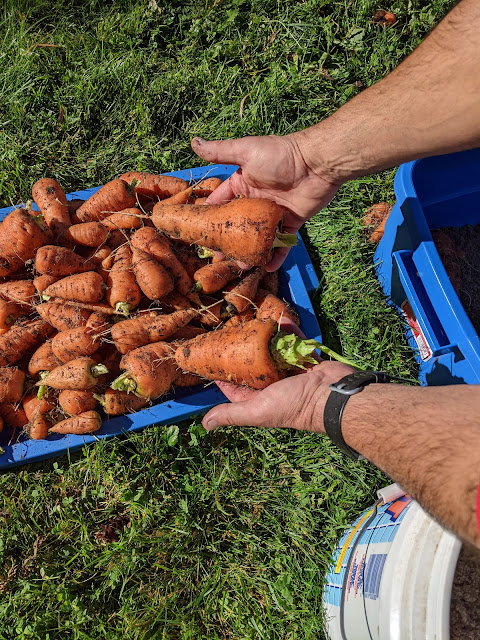 Perhaps one of the most exciting things we produced this year though is actually not what might come to mind. It's this: 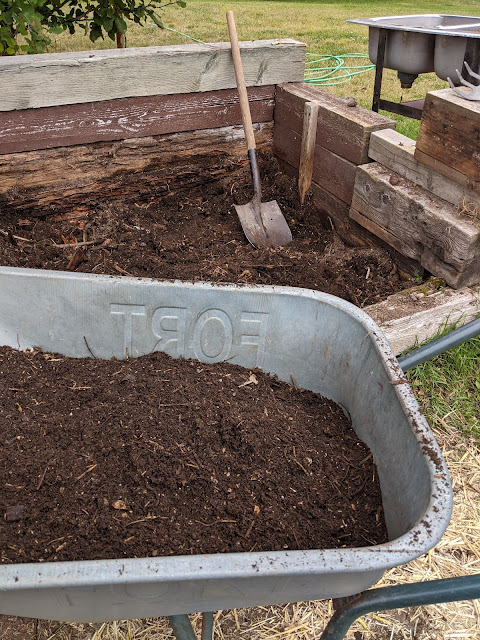 Compost. We made this. This year. It's not smelly or slimy or even too chunky and it's probably the most important component of our garden efforts going forward. This stuff, plus the multitude of leaves that fall from our lovely trees are our secret weapon for the next growing season. We'll be trying out the "no dig / no till" method of gardening, employing permaculture techniques wherever possible. It's a learning curve and I'm still researching, but the possibilities are exciting!
And now, I'm going to eat these up, before I really do decide to haul out the sewing machine... 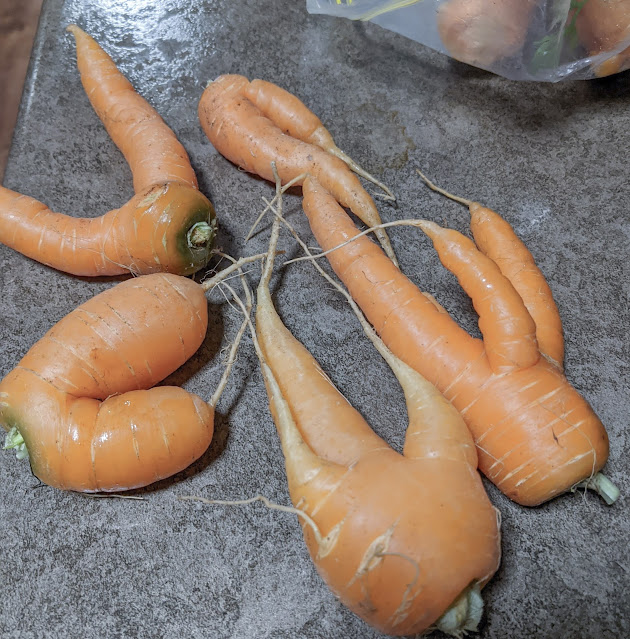