chick check: and then there were 17

I miss Stu. All 9 of them. But processing day came and such is the fate of a meat bird. We are left now with 11 Layla hens, 5 Willi hens, and one Lou -- the oops rooster. 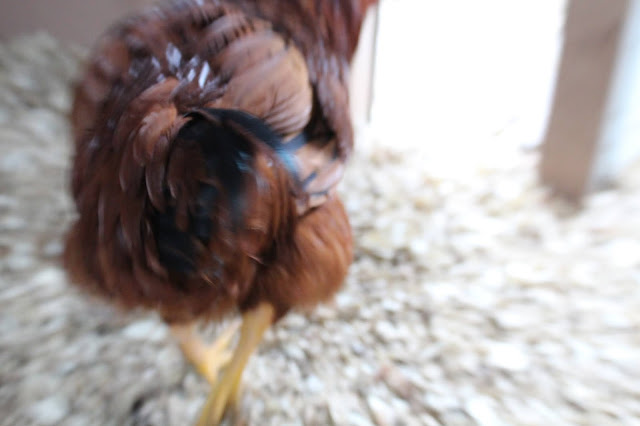 It's been an adjustment -- contrary to common belief, even though they were meat birds, Stu was definitely a chicken with personality, and was the most affectionate of the bunch. "Affectionate" is a pretty strong word for a chicken, but I will say that the remaining birds don't seek out attention in the same way. We are learning to love each other.

And while Stu paid us with the ultimate sacrifice, Layla and Willi aren't yet earning their keep here (other than helping to create some damn fine compost!) They are, however, showing some interest in the nest box portion of the coop which is all ready for them whenever the laying urge should strike! 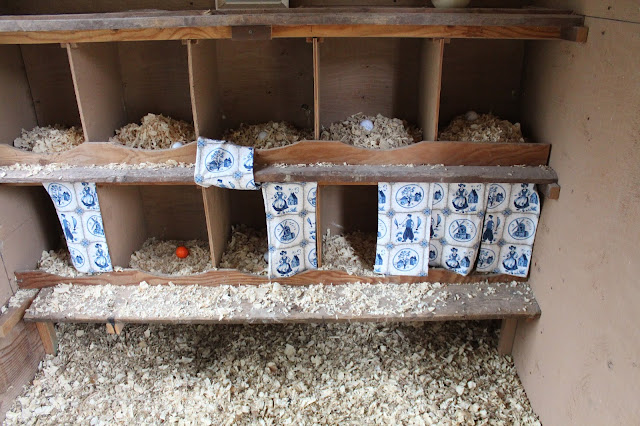 A note on the golf balls -- chickens like to lay where someone else has already laid, so the golf balls encourage them to not only lay in the box, but also not all in the same box. I'm not sure if the orange one will confuse them -- it's a bit of an experiment! And the curtains -- fabric provided by Willi's namesake -- are actually more functional than decorative. A chicken is pretty vulnerable when laying, so it helps to provide a little bit of cover to make her feel secure. Having said that, only half the curtains are in so far as they get used to the "new look" -- chickens don't like change. Finally, they have a preference for the lower boxes, so I'm not sure I'll bother with curtains on the top row at all.

As for Lou -- while he's working on his strut a bit, he's still pretty quiet and not very rooster-like yet. He's also the easiest one to pick up, pet, and walk around with like a football under the arm. I'm relieved as roosters freaked me out a bit. I think he'll be a good one though. And pretty! He's getting quite shiny, a bit fluffed around the neck, and look at those jaunty tail feathers he's growing! 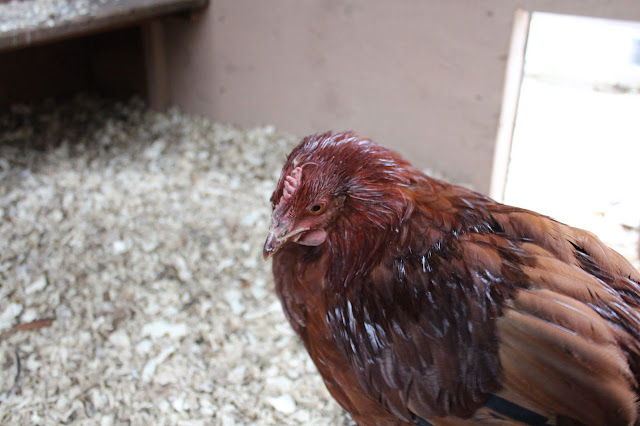 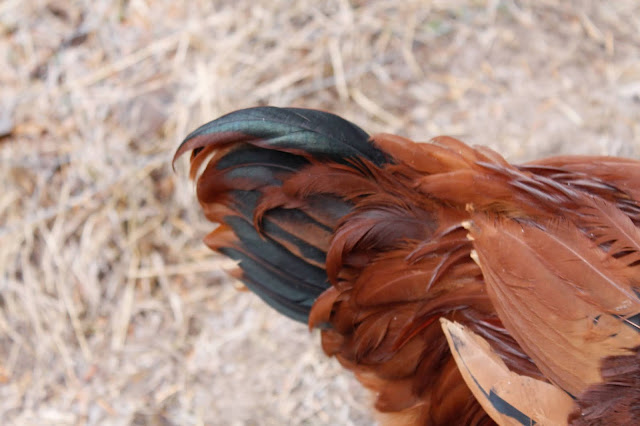 Perhaps the bright side of being down to just 17 birds is that everyone fits, side by side, on one roost. They make a cozy lineup come bedtime despite the chilly nighttime temperatures! 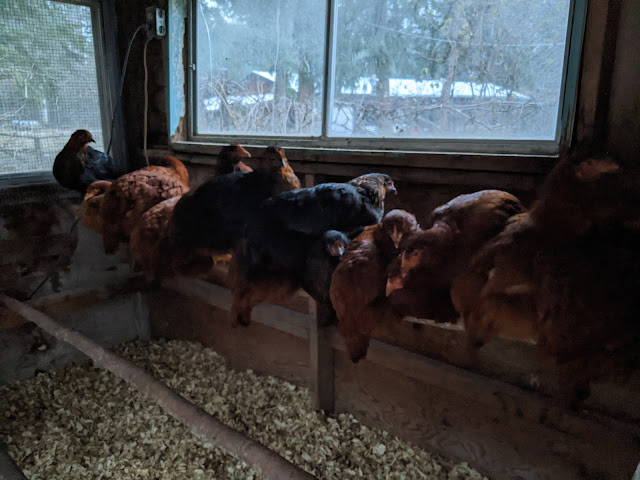