"Roosters are good protectors for the flock, but they're also noisy and not typically friendly, so we won't keep any."

That was me, a few short months ago, right here on the blog. I lied. Because we have Lou. 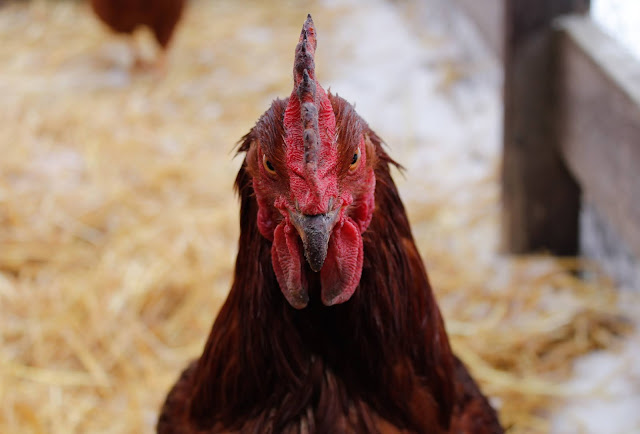 It wasn't an intentional lie (nor an intentional acquisition), but here we are so I'm going to have Lou help me dispel some of the stereotypes about his kind! 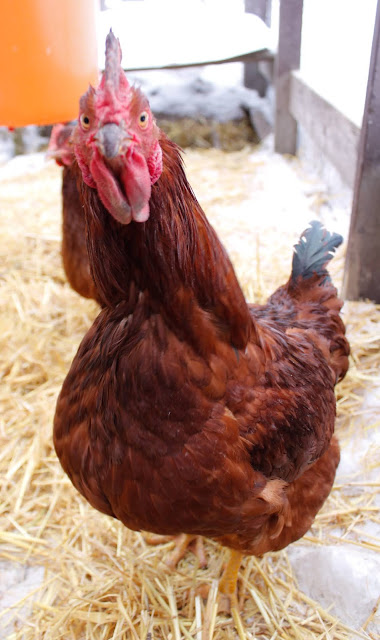 "say what???"
Nope, not mean. In fact, he's never pecked me. Not once. While the girls often need a swift (though gentle) shove to remind them I'm not food, or they fly up at me when I bring them a snack, Lou respects boundaries. In fact, in the late afternoon, when I go to the coop to apply ointment to combs and wattles to protect them on frosty nights, Lou will wait quietly at my feet for his turn. Which leads me to -- 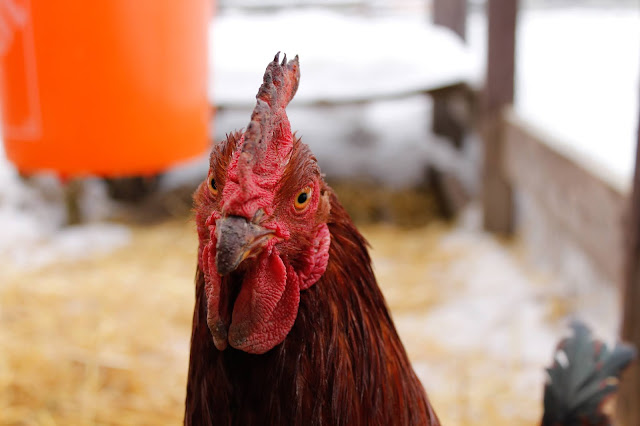 "c'mon!"
Seriously, not a single doodle-doo has escaped his lips -- uh, beak! Although he has fully embraced his reproductive role in the flock, Lou doesn't feel the need to herald the dawn. Again, he's generally quieter than his female counterparts, unless he's discovered there are tasty treats around and he wants to announce it to all. But the girls do that too, so he's no noisier than they are. 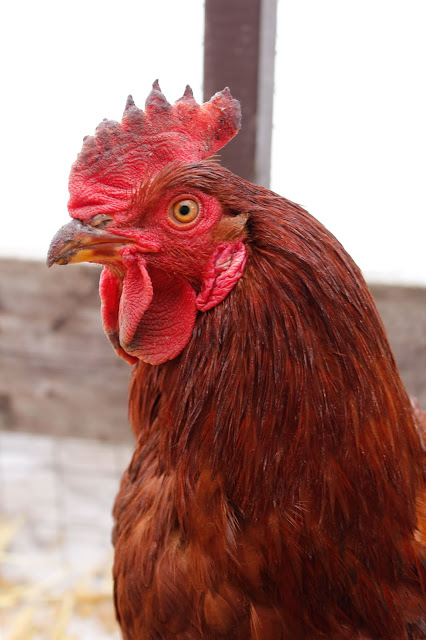 Just look at that handsome fellow! And to think he almost met his end with the Stu's -- but he was small and we weren't entirely sure of this gender at that point. I'm so happy it worked out that way. I'm absolutely smitten!
Labels: chicken hobbyfarm